Tracey Payne presented an untitled installation which consisted of a large black and yellow inflatable sculpture,  sporadically inflating and defalting to create an arch/doorway in the space, through which the viewer could pass. The discussion was punctuated by the loud volume of the fan as it switched on and off every few minutes to inflate the work, giving it a kind of petulant insistance, which some viewers likened to an attention-seeking child, while others felt was more like a kind of impotent machismo, deperately trying to say something important, but never quite managing. There was also discussion about the way the sculpture seemed to respire, giving it life-likeness, and animating it in the space. This was linked to its ability to “bring to life” anyone who walked through its arch, and in this way it created a performative space which also animated the viewer as part of the work. The group was struck by the bold colours of the work, and the association to sportswear or hi-vis safety gear that this created.

Similarly, the flat backgrounds and photographic lighting of the Morphs triptych lead the viewers to suspect that they were painted from photos. But the group wondered whether the images depicted shrouded or wrapped sculptures, statues, figurines or something else. The style of painting and subject matter suggested that they were historical images, but not from a specific period, past or future. The anthropological/religious concept of the fetish – an object or totem attributed magical powers becuase it stands in for something originally ascribed importance, seemed like it might be relevent in this work.

Tracey Payne makes objects that fill spaces where people will be alarmed and will laugh. Slapstick, silliness, accidents, surprises. Stand-up, fall-down. How/who to trust? Around the edges and in the gaps we live our lives. It all seems so permanent, monolithic and unshiftable until things start to move. Form without substance. Breath, no breath.
www.traceypayne.com

Sylwia Narbutt makes paintings and collages. She graduated (MA) in 2004 from the Academy of Fine Arts in Warsaw and now lives and works inLondon.
Recent works www.works.io/sylwia-narbutt
sylwianarbutt.com 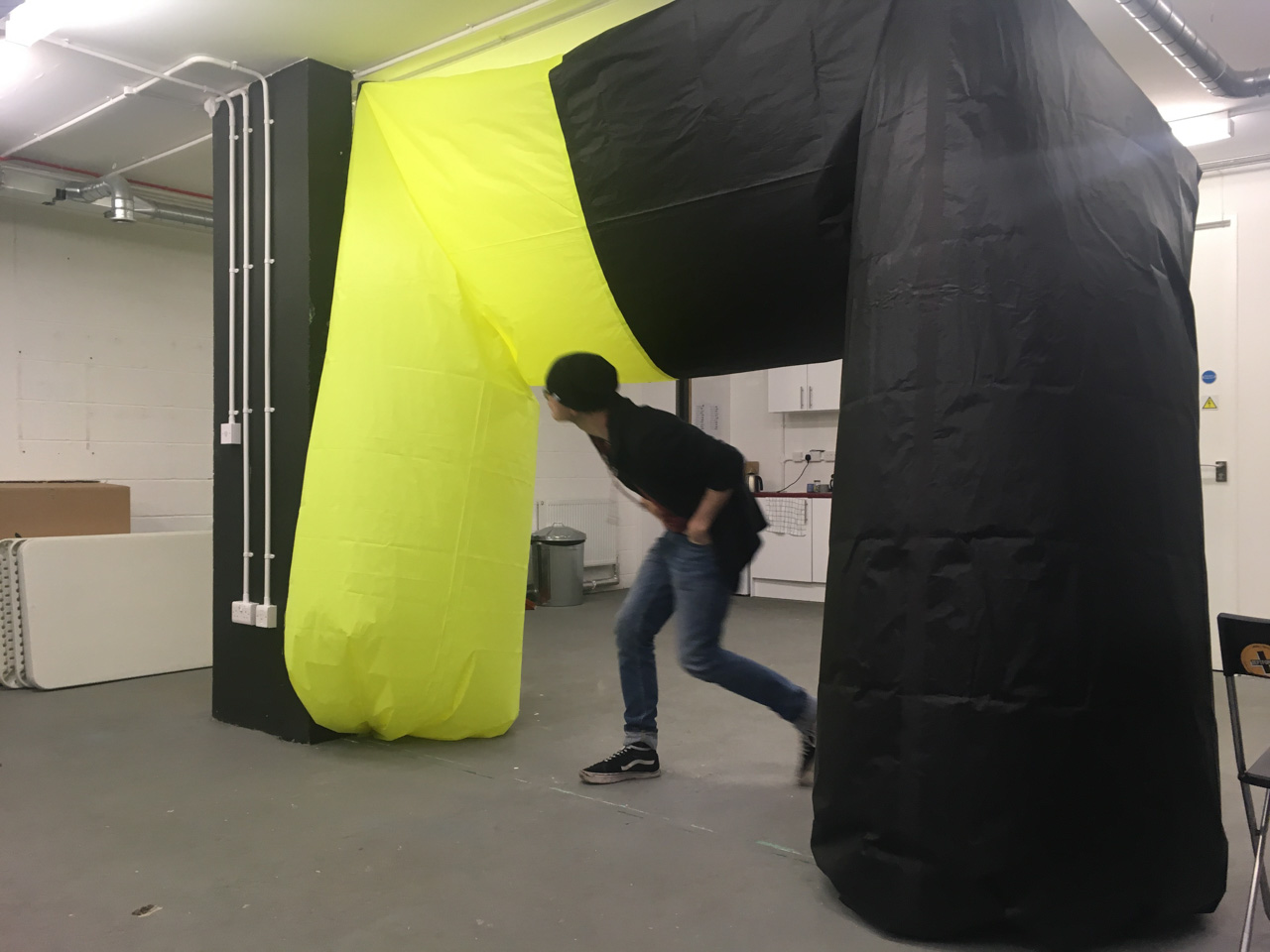 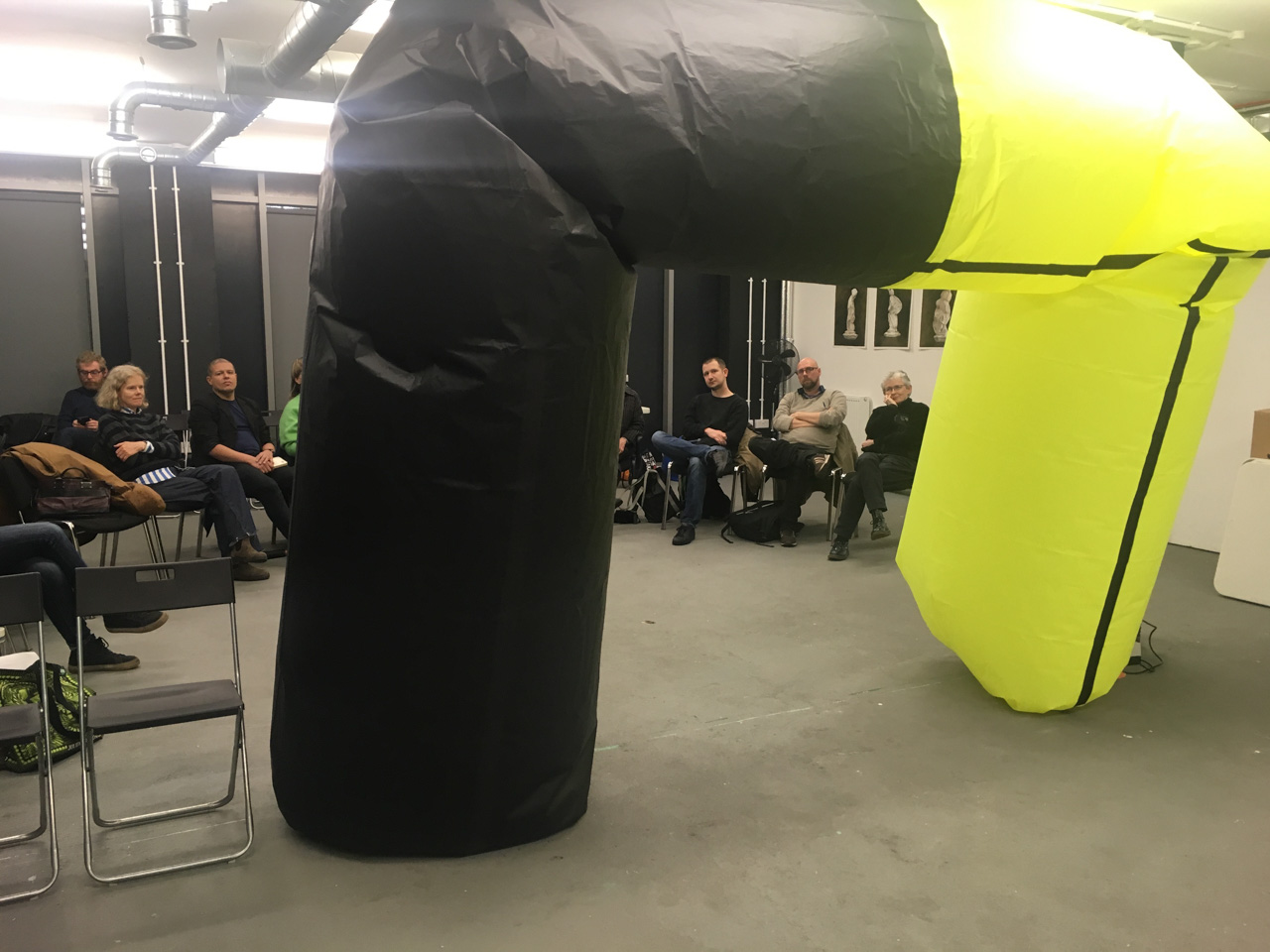 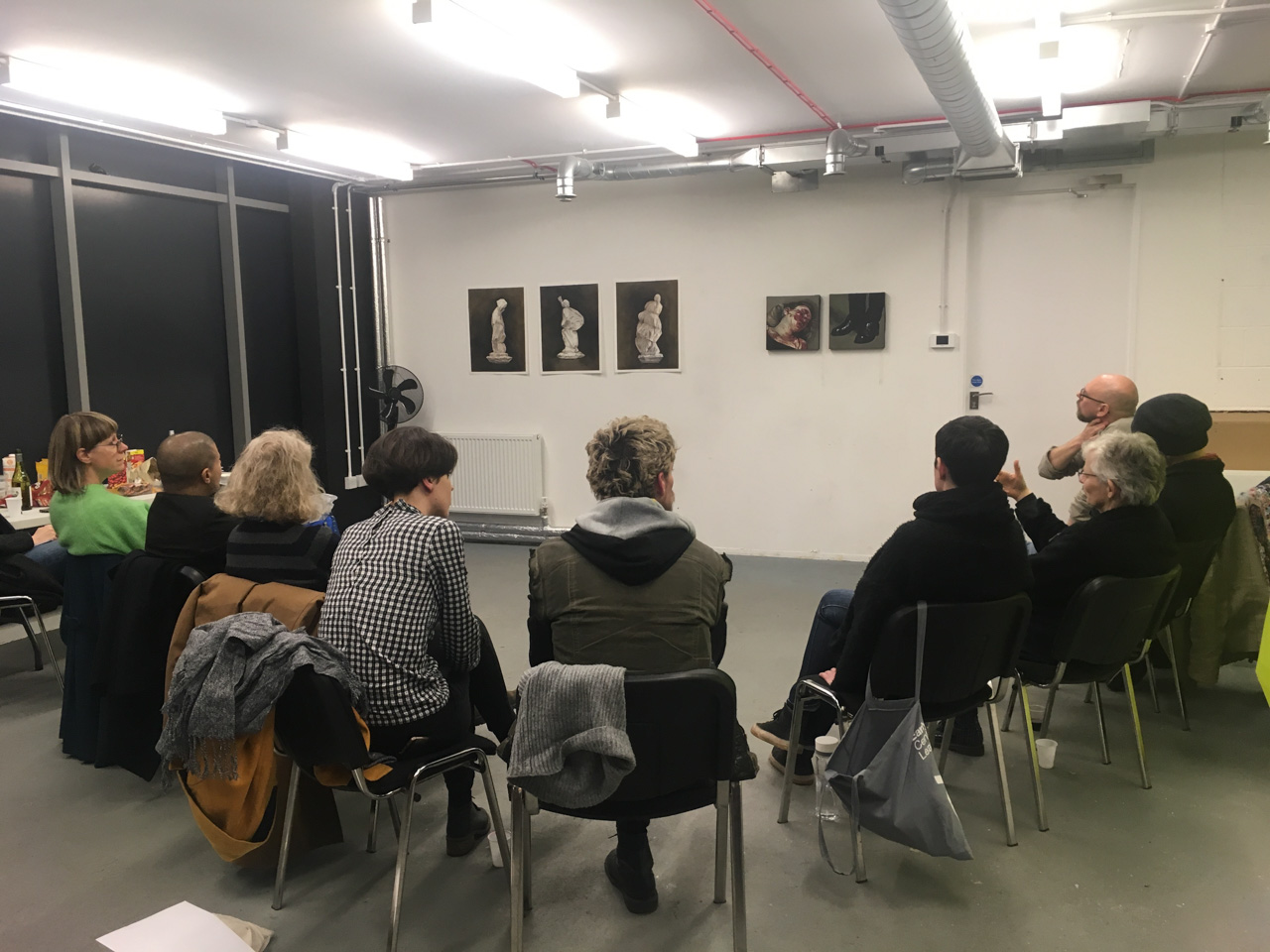 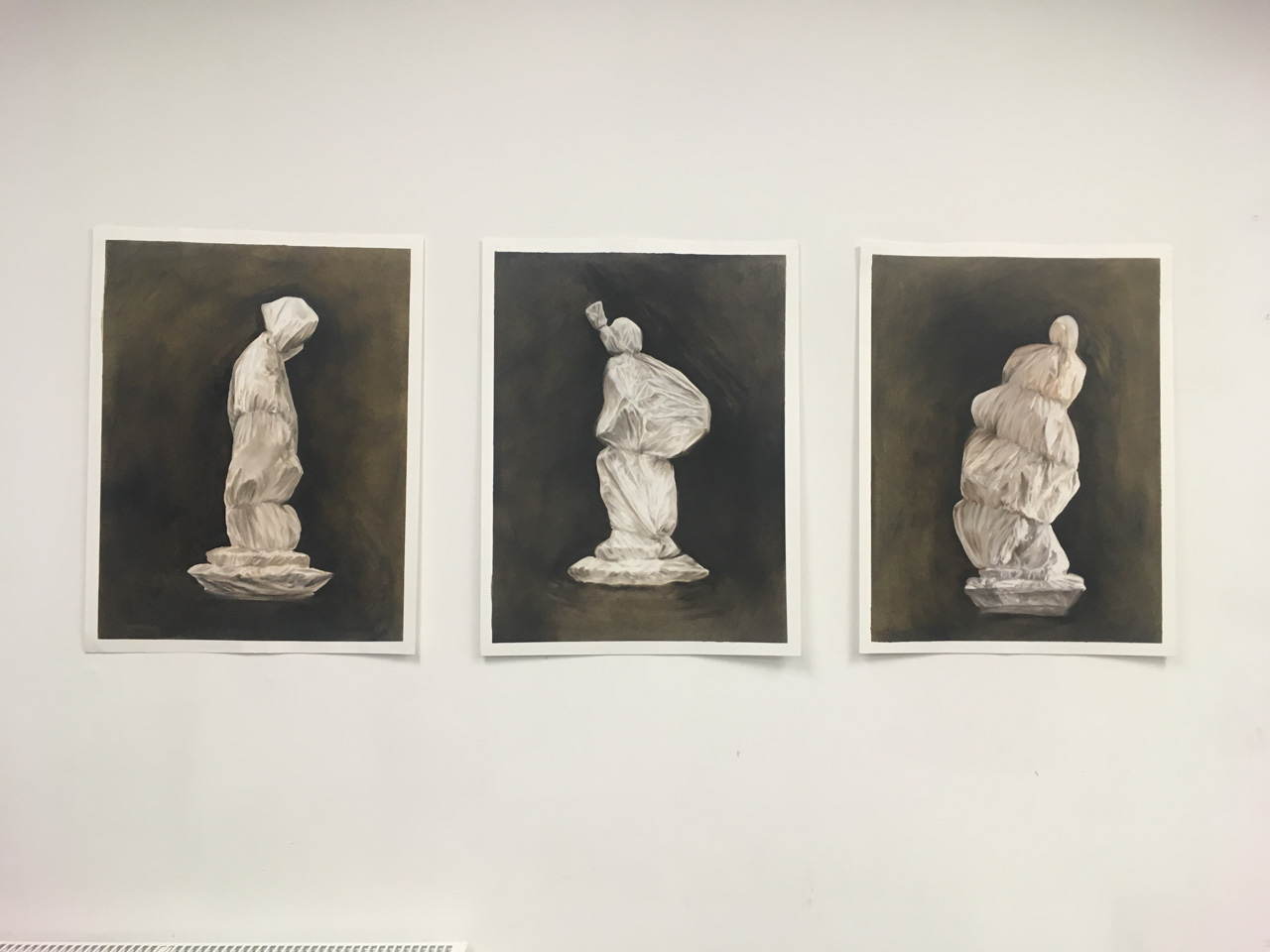 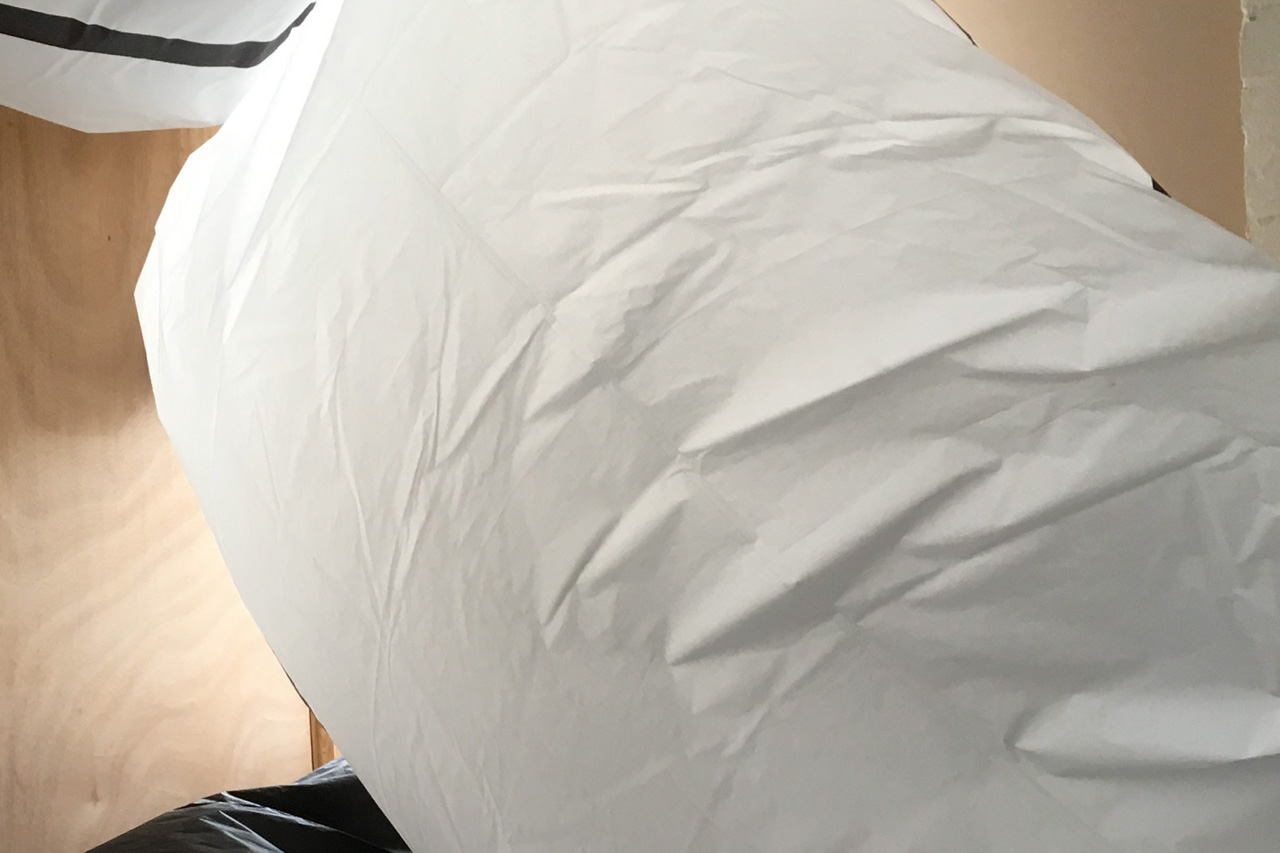