Systems House presented 3 wall-mounted sculptures; Handheld A; B; and C; 2 floor-standing sculptures (both untitled) and a series of projected film shorts. The conversation started from comments made that the floor-standing pieces looked like they might be models or prototypes for monuments, as they had an architectural quality. The group identified an optimistic or utopian aesthetic to the work, which with the shamanistic look of the handheld sculptures, was linked to the idea of “future archaeology". The triangle motifs in the projection were linked to pattern recognition - the latest frontiers for AI technology.

Madalina Zaharia showed a work which consisted of a MDF table-top inlaid with marble shapes, titled Paralysed Horses Monologue, Brave Warriors, Season I, Episode II. The conversation began with discussion of the marble shapes as an unknown text or language, and with reference to marble as an ancient igneous rock. The tiles' link to a children's TV series seemed to hint at imaginary worlds or environments created with animation/imagination. 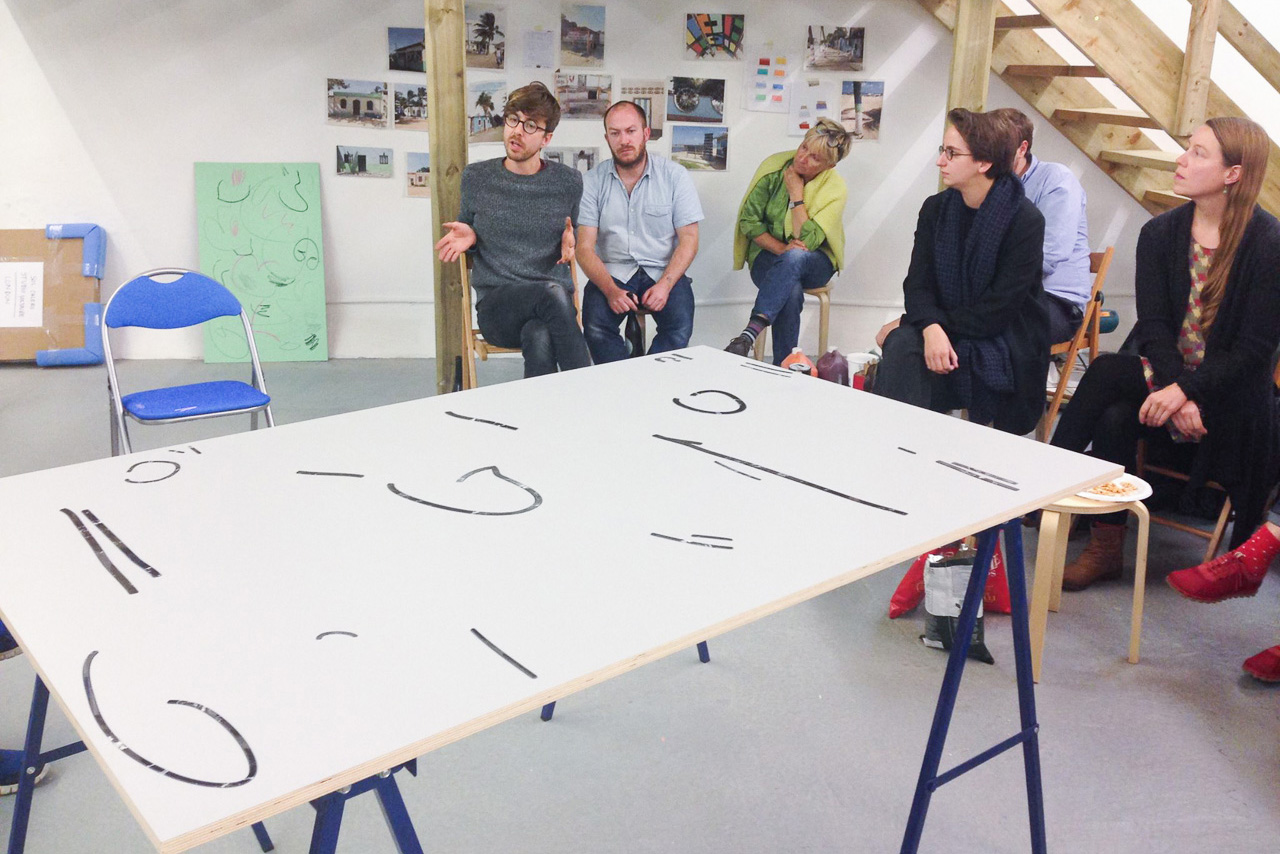 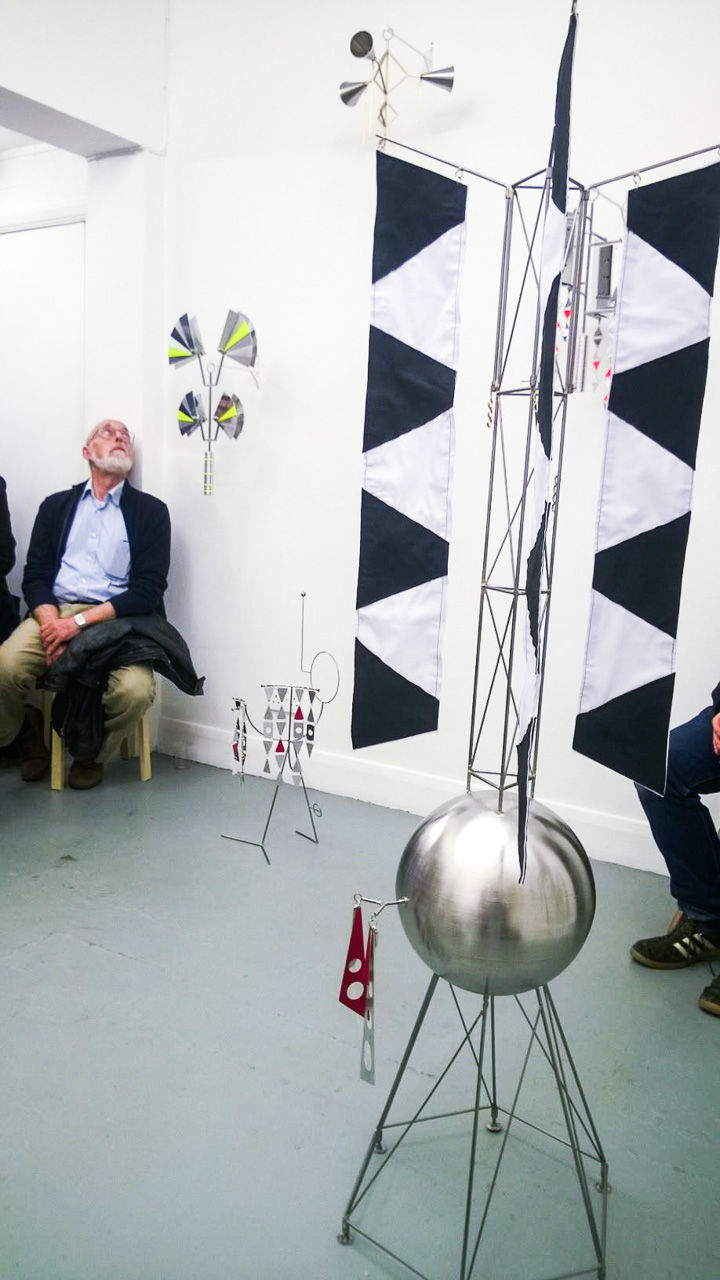 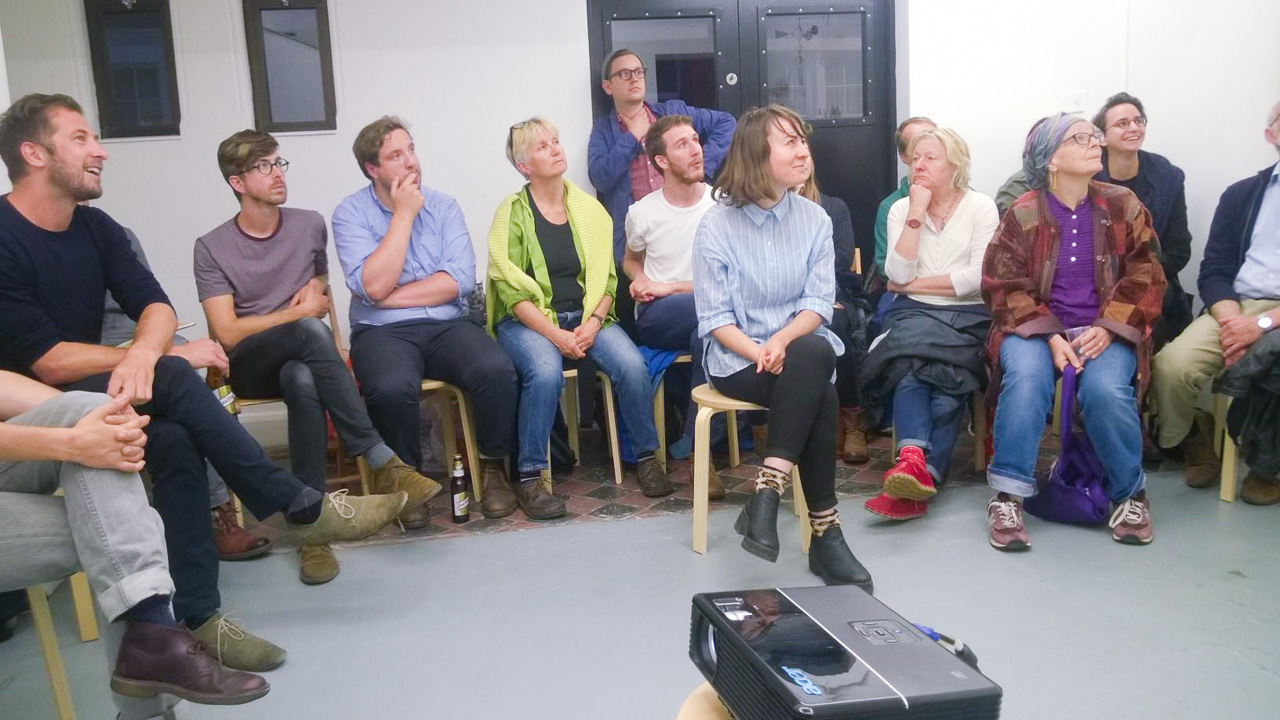 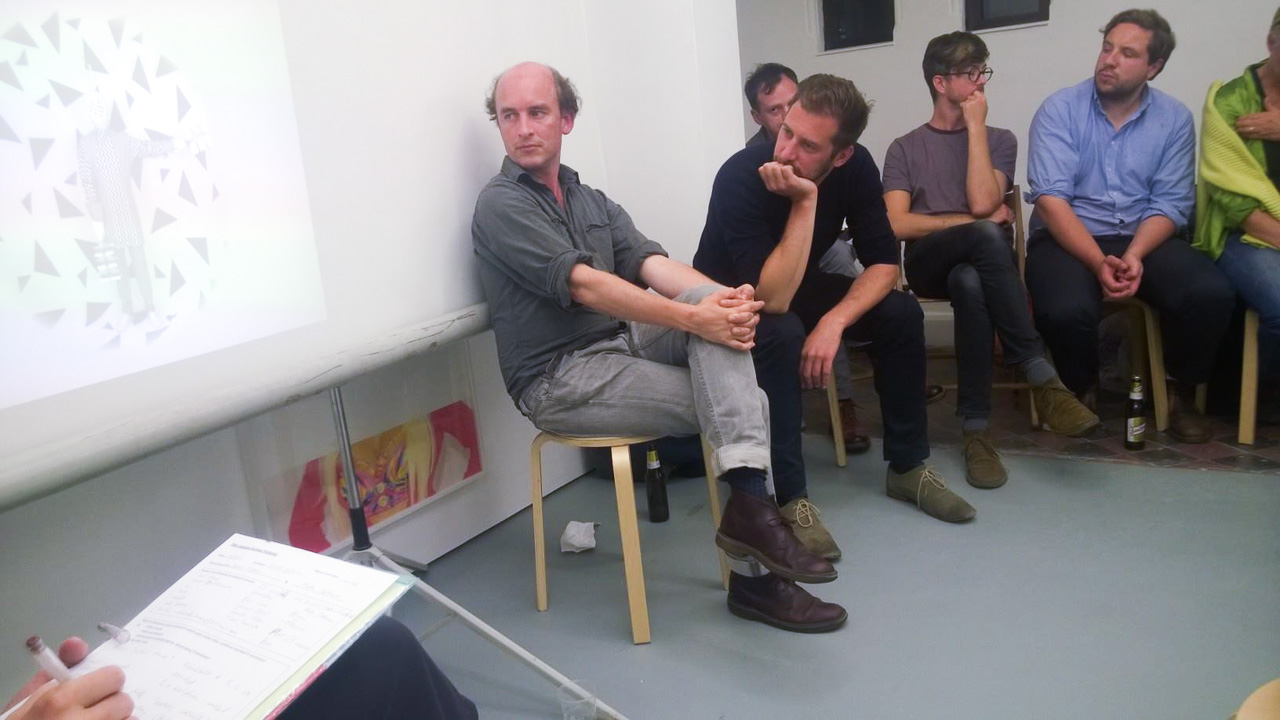 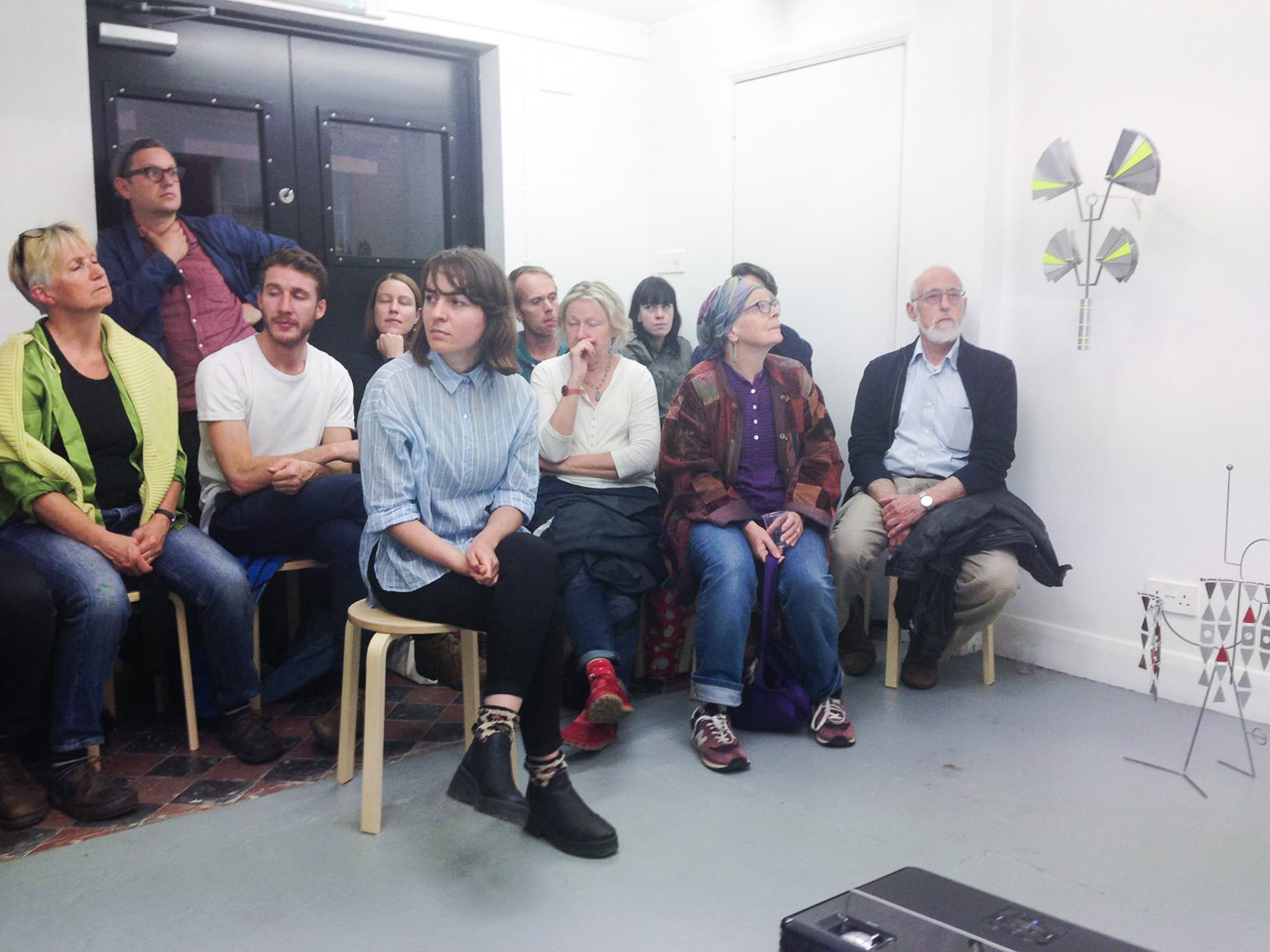 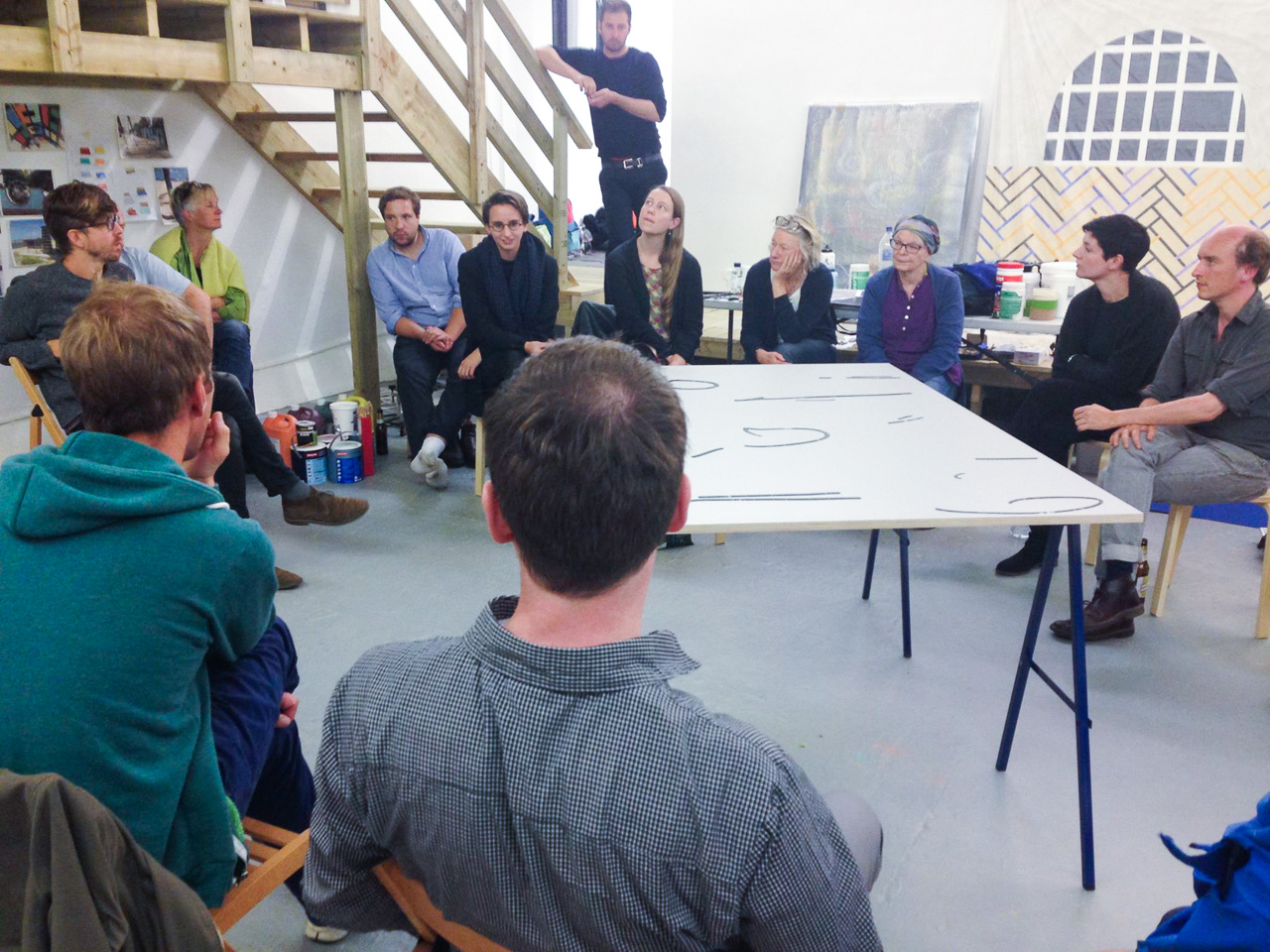