Fion Pellacini performed a script, in which participants joined in with readings and musical instruments. He additionally showed objects arranged around the room, including a pair of textile works mounted on the wall, both featuring the same embroidered images. The conversation started with a discussion of what the objects might be, and it was suggested that they were horse jackets. The nature of the imagery and the title of the work lead some contributors to suggest that the work was related to Cervantes' Don Quixote, and the jackets might be related to his horse Rocinante. There was also speculation about whether the jackets were “found objects" or hand made, and what effect this might have on the reading of the work. 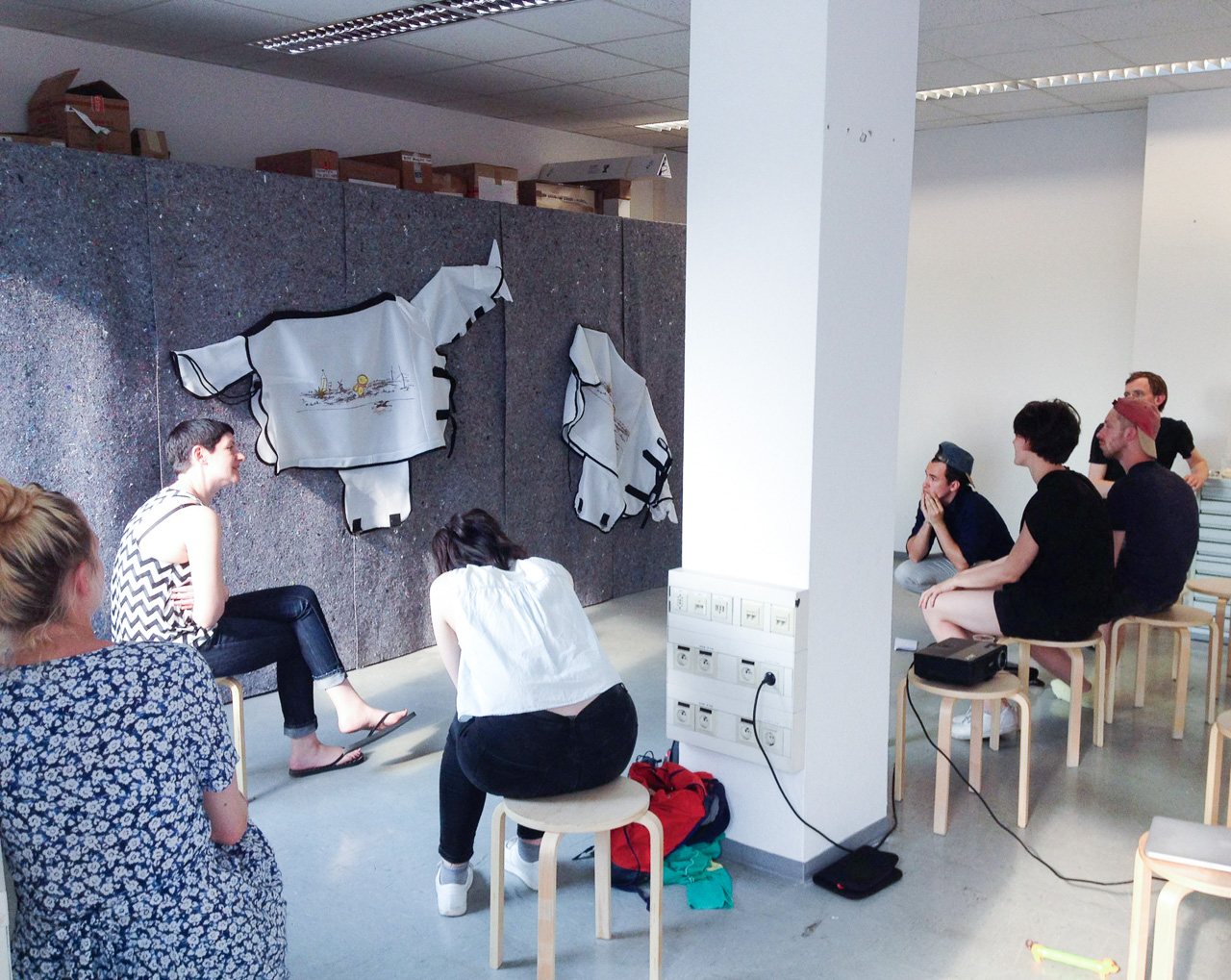 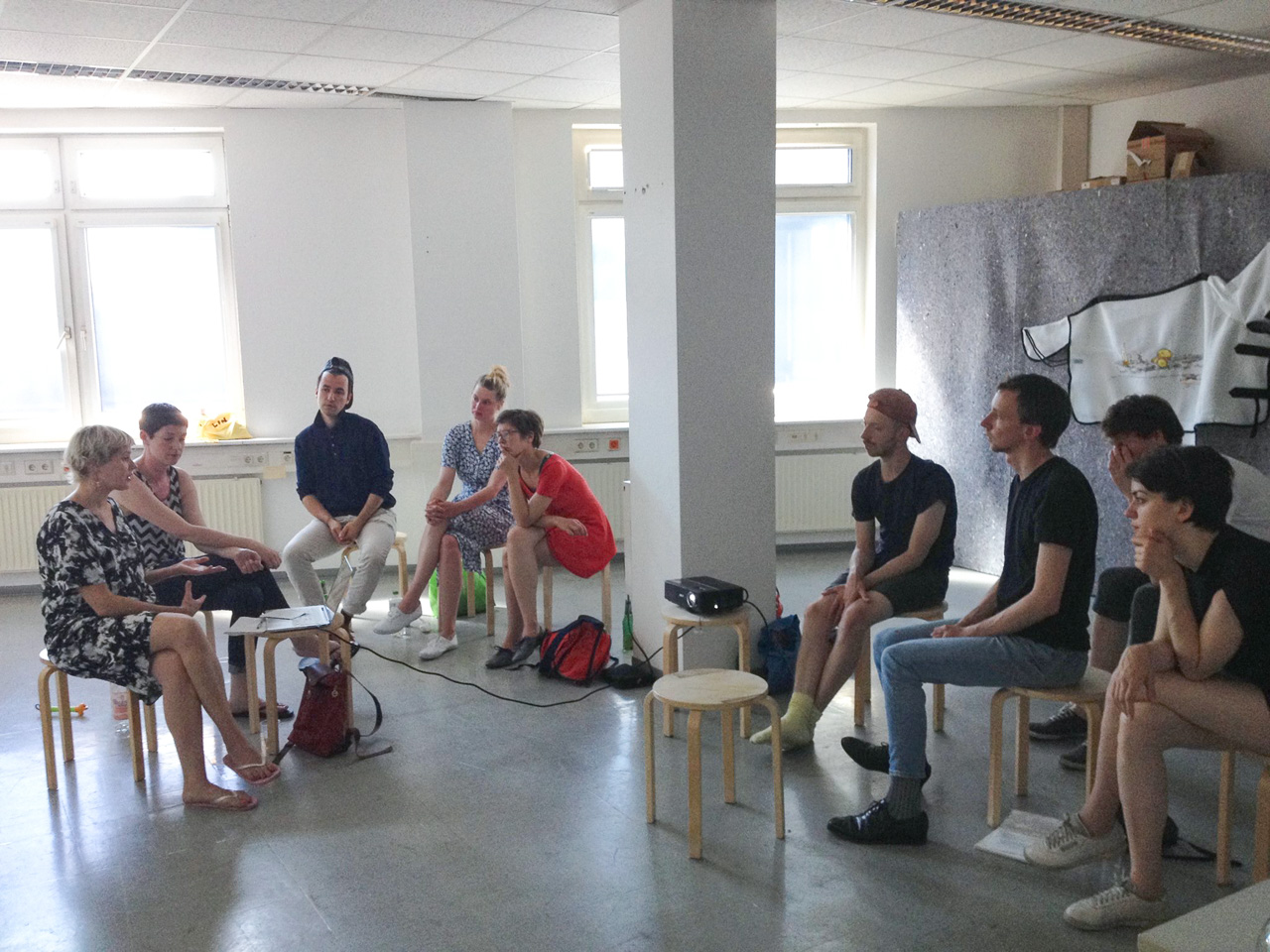 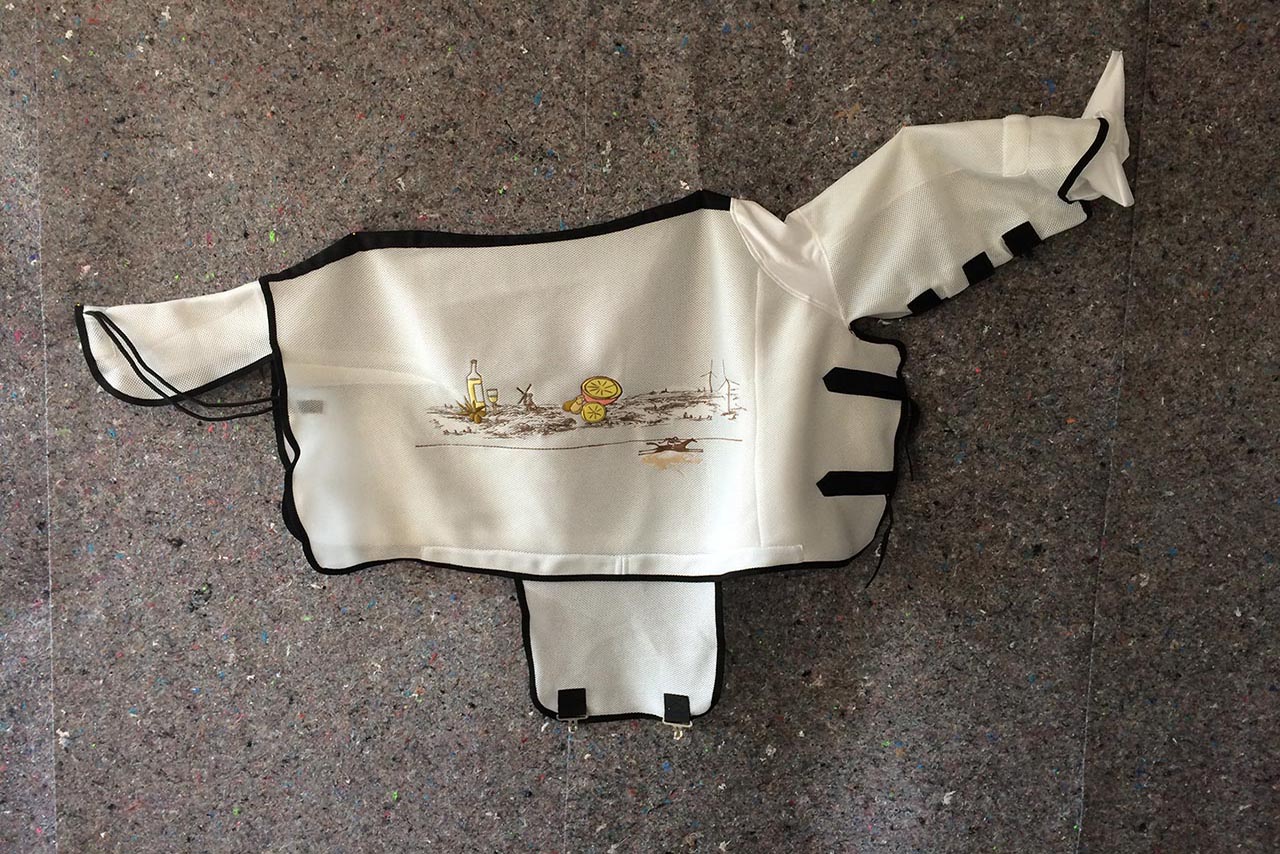 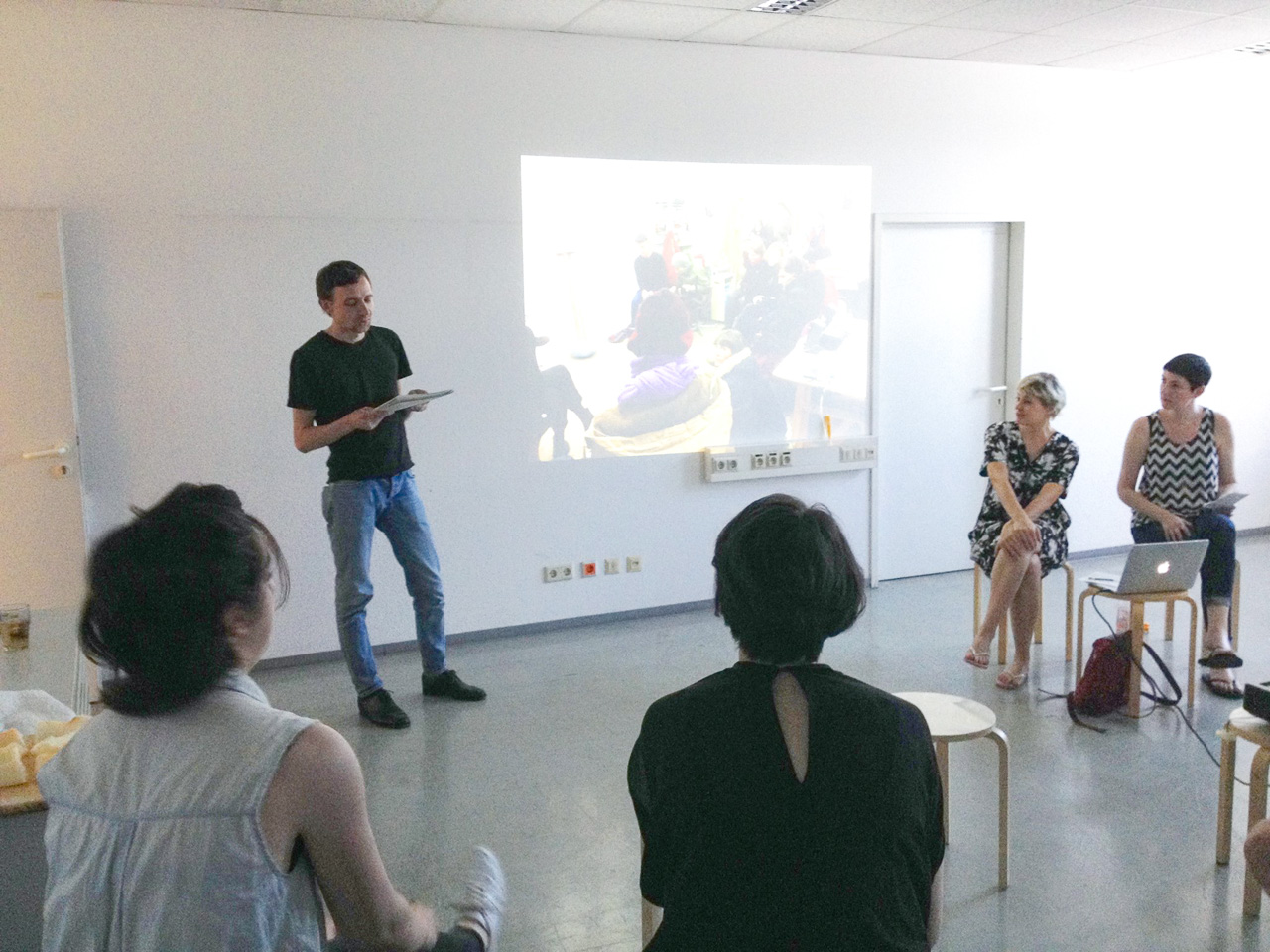